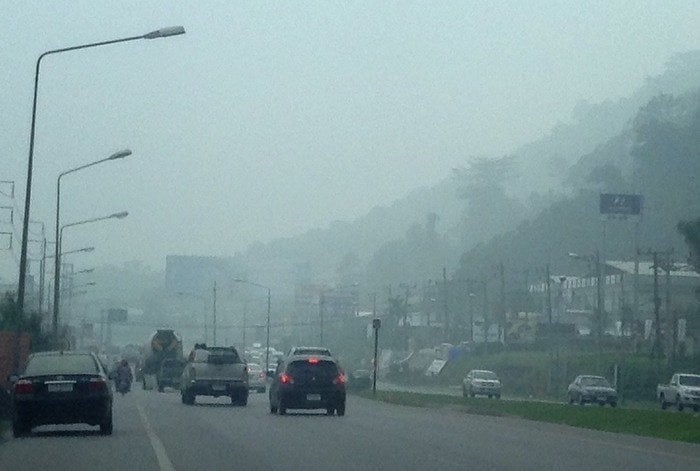 PHUKET: All flights were back on schedule by noon today after seven planes were delayed due to the dense Indonesian haze, confirmed Amnuay Sarachart, deputy director of the AoT Phuket Office.

“However, we are worried about the conditions tonight and will be monitoring visibility closely,” said Mr Amnuay.

This morning, pollution levels from the haze continued to climb with an average of 201 micrograms (PM10) per cubic meter (story here).

Yesterday, more than a dozen flights were kept in a holding pattern over Phuket due to worsening visibility (story here).

An update today at 3pm showed pollution levels at an average of 181 PM10, still well over the public safety standard, confirmed Pornsri Suthanarak, the director of the Regional Environmental Office.