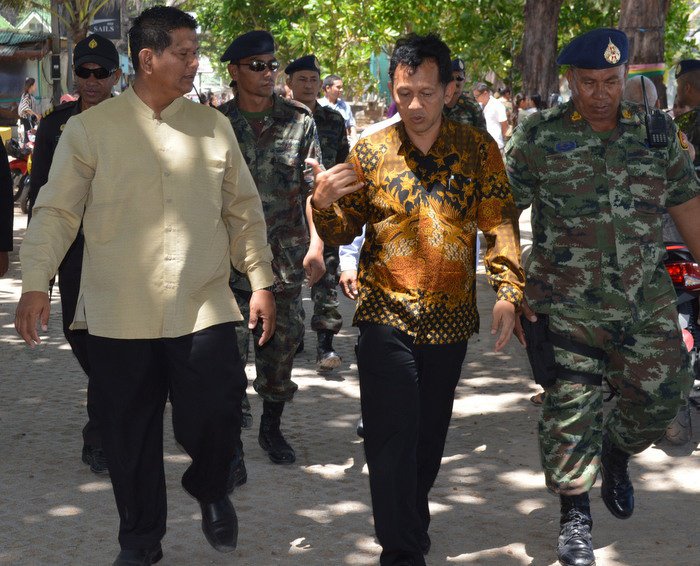 “If it was up to me, I would have them torn down,” Governor Chamroen said yesterday. “However, I don’t have the authority to do that. We will need to review the appropriate laws and regulations, as they are government buildings on government land.”

A few days later, Mr Ma-ann said that more than 70 per cent of the illegal structures had been removed.

“The order is applied equally, whether the business is valued at more than 10 million baht or less than 1mn baht,” Mr Ma-ann said at the time (story here).

“What I can see now is a very beautiful Surin Beach. It is very clean. This is what we want, so both Thais and foreigners can enjoy the real beauty of nature,” Governor Chamroen said at the time (story here).

Though Governor Chamroen made his intentions clear yesterday, he asked for time to complete the task lawfully.

“I can not do this alone. And above all, everything must in accordance with the law,” Gov Chamroen said.