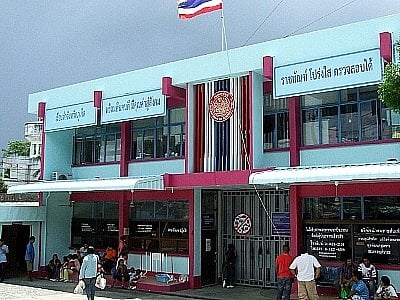 The poll was launched in the wake of a particularly heinous crime that rocked the island last month: the slaying of Australian travel agent Michelle Smith in Kata.

Given these crimes and the subsequent focus on security issues on the island, the Gazette asked readers on June 23:

Given recent reports of violent crime on the island, which of the following do you think would be the best way to improve tourist safety in Phuket?

Of the six options, most respondents overall chose “harsher sentences for convicted criminals”, at 44.7%.

This was followed by:

A breakdown by demographic shows 50% of those identifying themselves as local foreign residents chose harsher sentencing, making it a clear favorite to any other solution for that demographic. In a similar show of strength for harsher sentencing were tourist, with 42%.

This compared with just 11% of Thai respondents, who saw more police checkpoints (30%) and better lighting on walking streets like Bangla Road (29%) as the preferred options.

While Phuket Police and officialdom continue to push for ever-greater CCTV coverage of “risk areas”, only about 15% of readers in all three groups saw this as the most effective approach.

To vote in the new poll on a national police effort to specifically address problems of tuk-tuks, jet-skis and safety issues in Patong, click here.

To comment on the topic of tourist security and violent crime on the island, please post a message in the readers forum below. The Phuket Gazette welcomes all comments that comply with our house rules.