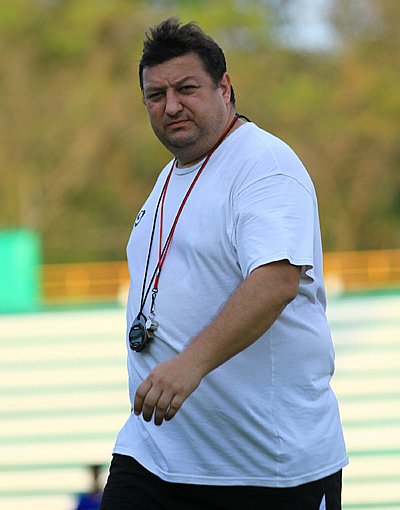 PHUKET: Serbian national Milos Joksic has resigned from his post as Phuket FC head coach, with a former Thai national team defender expected to fill in the vacancy immediately.

First reported in Thai language on the Nok Sanarm website, the announcement comes at the climax of a tiring week marked by three back to back losses – the last two away from home.

Following their defeat to Krabi at home last week, the Islanders immediately took to the road to prepare and play their Toyota League Cup second round match against Division 2 side Samutprakarn United.

In that midweek game, Phuket FC were narrowly defeated 4-3 in the penalty shootout following a 1-1 scoreline after 120 minutes of play.

Following such a disappointing result, a drained and bruised Phuket squad travelled southeast from the capital, down to the edge of the Eastern Seaboard, the heart of the Kingdom’s natural gas industry, to take on PTT Rayong.

And while it is said that money cannot buy everything, it certainly can buy one a strong football team, and Thailand’s only Fortune 500 company’s squad demonstrated this to the dismay of Phuket on Saturday.

With the Thai Premier League, earlier this month, rejecting Phuket’s request to postpone their match against PTT Rayong, not only would a tired Phuket FC be forced to play, but they would do so without their key midfielder Marcios Santos, who had to serve a one match suspension due to collecting four yellow cards.

In front of a crowd of 2,139 exuberant, red and blue shirted fans, PTT Rayong’s Thanongsak Promdad opened and closed the scoring fest with goals in the 20th and 94th minutes, bringing his season tally to six.

Also exposing and exploiting Phuket’s vulnerable defenses on Saturday was Fire Power’s leading scorer, Naret Kabkrikeaw, on 26 minutes, scoring his 8th of the season (tied for 2nd in the league for golden boot).

Also joining the feeding frenzy were Adisak Srikumpang, scoring on 33 minutes, his fifth, as well as Cameroonian import Ebako Andiolo Merlindimitri and Methee Thaweekulkarn, each scoring their second of the season.

With the stream of bad news emerges some good news and hope for Phuket FC.

Mr Narong, already based in Phuket, where he is said to be involved in various sports-related commerce operations, will assume the position as head coach with immediate effect.

His first match will be a ‘sink-or-swim’ test indeed.

This coming Sunday, July 22, Phuket’s Surakul Stadium will be the site of another epic Southern Thailand regional rivalry match, with the Islanders, looming in 14th place, set to host 7th placed Songkhla FC.

The Songkhla “Fighting Bulls” secured a one-nil away win last night against Airforce United thanks to player Malek Yavahap getting his first of the season.

Regardless of whether the Islanders will be able to earn a point this weekend, Phuket fans are looking forward to the second half of the 2012 season.

At least six new “high quality” players are expected to join the Islander’s camp during the mid-season break to help Phuket climb out of the relegation zone. Among them is seasoned and skilled striker Roland “Pato” Vargas-Aguilera.

During his time in Thailand, Roland, a Bolivian, has played for premier side Chiang Rai United and most recently PTT Rayong.

The striker has also played in the US Major League Soccer for the New England Revolution and the Columbus Crew.

In his try out match, the 3-3 draw against Premier league side Wuachon United, Roland set up a goal and scored another goal, catching the attention of Phuket fans and coaching staff.