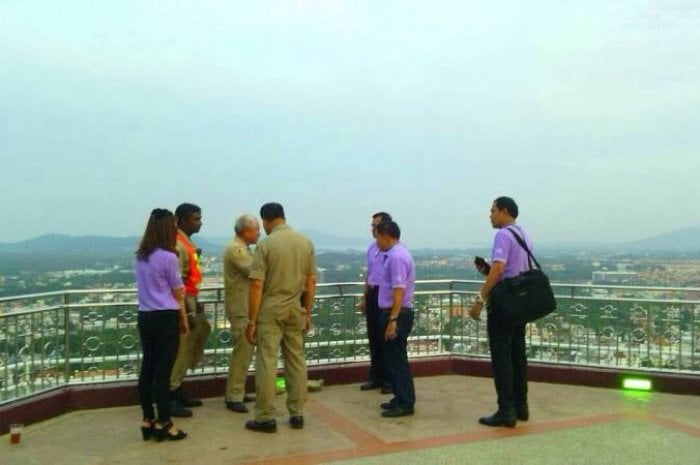 PHUKET: A 10-year-old girl survived an electric shock after she accidentally stepped on an exposed wire on Khao Rang yesterday.

Nisreen Klongsamuth was rushed to Vachira Phuket Hospital after the accident, but was released today after doctors confirmed she was in good health.

“She is safe. She does not have inflammatory cardiomyopathy [inflammation of the heart muscle] following the incident. We kept her overnight to ensure that her leg did not have serious damage, which she hurt when she fell over from the shock,” a Vachira Phuket Hospital doctor, who declined to be named, told the Phuket Gazette yesterday.

Santi Pawai, director of the Ministry of Tourism and Sports (MOTS) Phuket office, who visited Nong Nisreen in hospital, said that he ordered an electric safety cut system be put in place to prevent a similar accident from occurring.

“People often kick or hit these wires when they are walking, which causes them to tear and break. Also, the weather is a bit humid so everything is wet,” said Mr Santi.

“I have ordered the electric system to be set so that it automatically cuts off whenever someone comes in contact with a wire.”