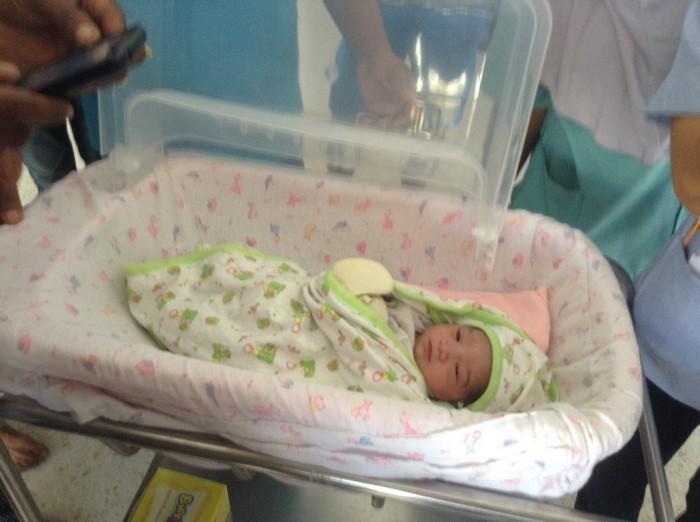 Police in Trang province were warned by officers in Krabi that the newborn’s mother was aboard a Songkla-bound bus from Phuket. Nayong District police in Trang reportedly checked passengers on every bus until they identified a female passenger with blood on her clothes, still bleeding from delivery.

The woman was questioned by police until she admitted she was the mother of the abandoned newborn.

The underweight baby girl was found in a toilet bowl around three o’clock in the afternoon. Nayong police questioned the driver of the bus who stated that the woman had asked him to pull over because she ‘felt unwell’.

The driver stopped at a gas station in Khlong Phon municipality in Krabi, where the woman gave birth in a bathroom stall. She then re-boarded and the bus continued its journey to Songkla through Trang province.

The baby girl was reportedly discovered by none other than Khlong Phon mayor Napornwisit Polngor.

Mr Napornwisit said he was using the men’s toilet at the gas station when he “heard a baby crying.”

When I went to check it out, I found the baby in a toilet bowl covered with blood,” Mayor Napornwisit said. “The baby still had the umbilical cord attached, so I called Khlong Thom Hospital for help.”

“The mother has been charged for abandoning the baby, but she is still undergoing medical care at the hospital,” Lt Col Chaiwut said.

Tourist in ICU after snorkelling mishap