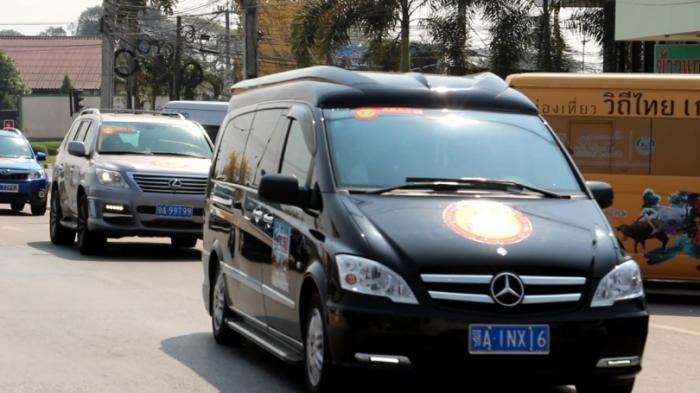 CHIANG MAI: The flow of Chinese tourists entering northern Thailand by road in their own vehicles has dried up completely after the introduction of tough new regulations making it too costly and time consuming for them.

Chiang Rai Chamber of Commerce deputy chief Pakaimass Viara said yesterday that no Chinese tourists have crossed the border at the R3A Highway through Laos in the past month, putting a dent in tourism revenue.

Ms Pakaimass attributed the drop off to new regulations implemented by the Ministry of Transport.

“This is a different story to the situation last year when many Chinese tourists visited our country by car,” Pakaimass said.

“Now the tourist industry in Chiang Khong, which relies heavily on Chinese tourists, has already been affected and some businesses have already closed down.”

Chiang Rai Tourism Authority of Thailand director Lertchai Wangtrakuldee said Chinese tourists who wanted to travel to Thailand by car must follow the Transport Ministry regulations, which were very complicated and expensive.

Lertchai said Chinese drivers had to undergo a driving test which took an entire day, buy car insurance and they could not drive in other provinces.

“From what I have asked the tourism business owners that arrange road tours from China, I found that tourists still want to travel to Thailand by their own car. However, after the Transport Ministry regulations came into effect, they felt that it is too costly and complicated to travel more than 1,000 kilometres and they can only travel in Chiang Rai,” he said.

“We are trying to solve this problem by suggesting the affected tourism business owners send a petition to the relevant agencies asking them to loosen the regulations, and if the tourists are allowed to travel beyond Chiang Rai, the high number of Chinese tourists will resume.”

Gratae Pawantree, a Chiang Mai resident, said there were still a lot of Chinese tourists in the province.

“I think it is good to regulate the Chinese drivers on the streets because they are not familiar with our traffic system and caused so many traffic accidents. So I am happy with the regulations to control the tourists who drive from China,” Gratae said.

Buntha said that because a lot of people had complained about the bad behavior of tourists, many Chinese believed they were not welcome.

He wants the authorities to punish people who posted anti-Chinese comments because they are affecting the relationship between the countries.