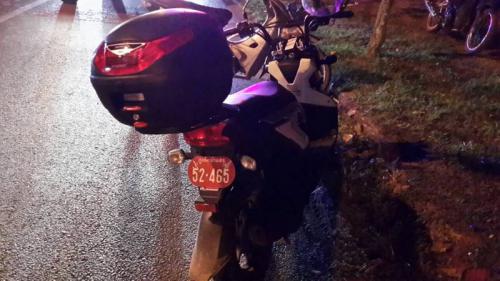 PHUKET: A ghost-riding Russian was injured in a crash just after midnight yesterday on Thepkasattri Road.

Eyewitnesses told police that the man was driving as if he was drunk. He allegedly took a spill near the Thai Watsadu megastore, then got back on his bike and drove toward the Heroine’s Monument, where he continued heading south toward Phuket Town, but in the northbound lane.

“That caused motorists to panic, and he ended up being clipped by a pickup truck travelling at a high speed,” said Sarit Butnongsang of the Thalang Police.

“Alekcey Tolkusef, 50, had some abrasions and bruises. He also dislocated his shoulder,” Lt Col Sarit said.

He was charged with drunk driving and reckless driving resulting in property damage.