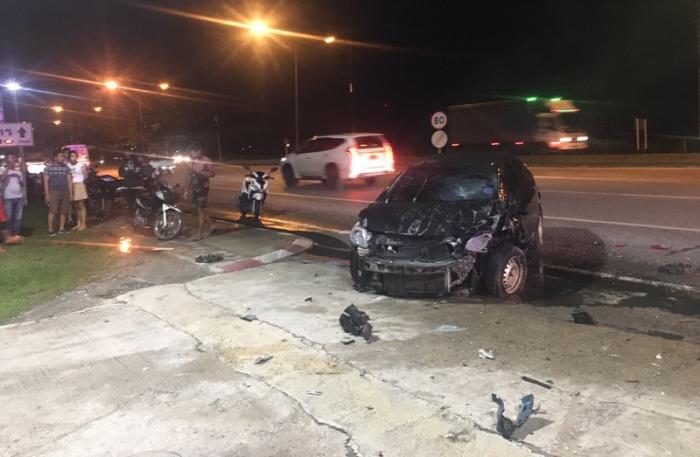 PHUKET: A 62-year-old motorcyclist was killed in a collision with a car driven by a 31-year-old British woman in Thalang last night.

“The accident occurred at about 9:05pm on Thepkrasattri Road (southbound) near the Shell gas station in Thalang. At the scene, we found the body of Pongsak Sripuek lying face down on the ground. His arms and legs were broken and he was pronounced dead at the scene,” said Lt Sunan Petnhu of Thalang Police.

The deceased’s body was taken to Thalang Hospital.

“According to witnesses, Ms Watt was heading back from the airport, driving south in the left lane, when Mr Pongsak, who was ‘ghost riding’ (heading north against traffic in that lane) suddenly appeared in front of her, having driven up from the opposite side of the road. It seems that Ms Watt did not have time to brake,” said Lt Sunan.

“At this stage, no charges have been made. We will question Ms Watt and the witnesses further before taking any further action,” he added.