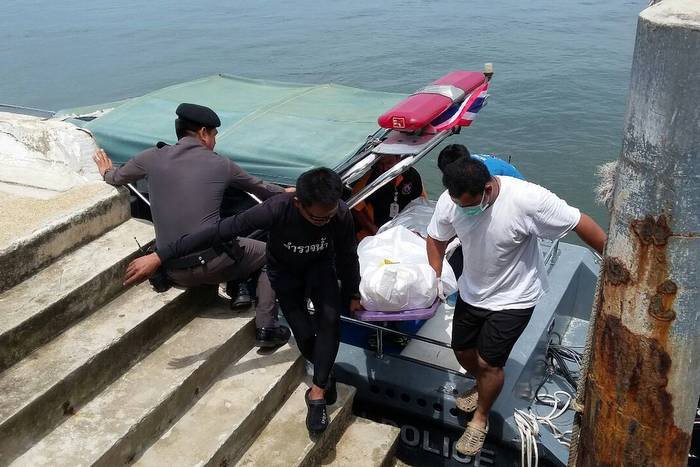 PHUKET: The body of a German tourist was found hanging from a tree on Phi Phi Island yesterday.

Katharina Rebacz, 26, was found on the secluded Ao Por Beach, on the southeastern tip of Phi Phi Don, at about 5pm by local fishermen, who then notified police.

“Ms Rebacz had been dead for about one hour before she was found,” said Maj Sakesan Boonlerd of the Phi Phi Island Police.

“We found a letter tucked into her shirt that was written in German. We are keeping the letter as evidence and are having it translated, as we believe it may give us clues about her death.”

Ms Rebacz’s body was transferred to Krabi Hospital for further examination today at about 11:30am.

“Doctors will confirm the cause of death while we continue our investigation,” said Maj Sakesan. “We have yet to rule out foul play.”

Ms Rebacz’s relatives have been notified of her death, he added.