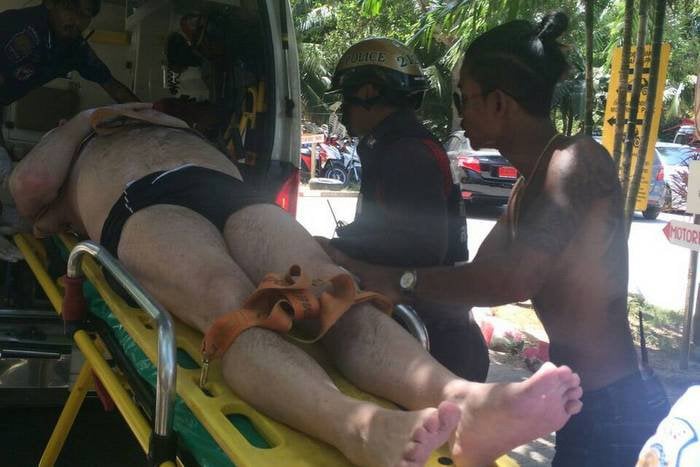 PHUKET: A German tourist who was hit by a Frenchman riding a jet-ski in Phuket last month is now in court with the Frenchman settling the matter.

Erich Heim, 55, was knocked unconscious by Chadd Attard, 20, while swimming at Paradise Beach on February 28 (story here). Mr Heim was taken to hospital that day, and discharged on March 5.

The two tourists have since been unable to negotiate a settlement, Lt Col Anukul Nuket of the Patong Police told the Phuket Gazette on Tuesday.

“On Monday, Mr Heim and Mr Attard came to Patong Police Station to negotiate the case. Mr Heim asked for about 700,000 baht, but Mr Attard said that he could only pay 200,000,” Col Anukul said.

“They could not reach an agreement at the station, so the case was transferred to Phuket Provincial Court.”

Col Anukul said the case is now in the hands of the court, and any decision made henceforth will be at the discretion of the judge.