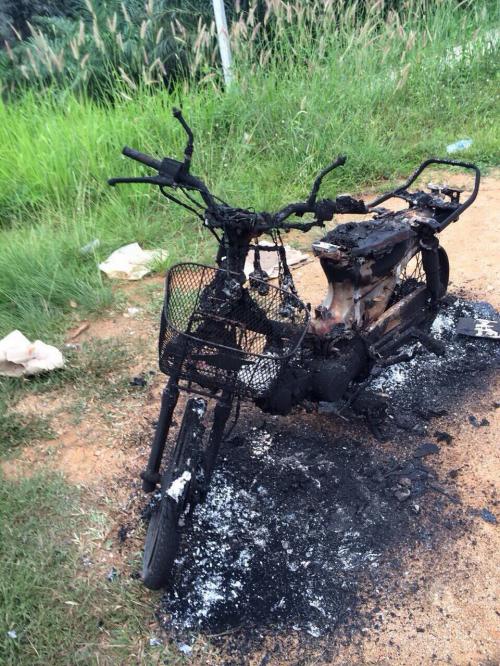 PHUKET: A motorbike was burned to a crisp near the Kata View Point on Phuket’s west coast yesterday afternoon, possibly the result of a feud between two gardeners.

Karon Police responding to a 4pm call found the black skeleton of Parichat Prasertlo’s green Honda Dream about 200 meters off the coastal road near the tourist-popular scenic vantage point.

Ms Parichat told police that she had ridden her motorbike to her garden off Patak Road at about 12:30pm.

“She parked her motorbike in front of her garden and when she went back to it three hours later, she found it destroyed,” said Lt Nipon Temsung of the Karon Police.

“I don’t know why it was burned,” Ms Parichat said. “The only thing that comes to mind is the argument I had with the gardener whose plot is next to mine.”

Forensic police are determining the cause of the fire as officers continue their investigation.