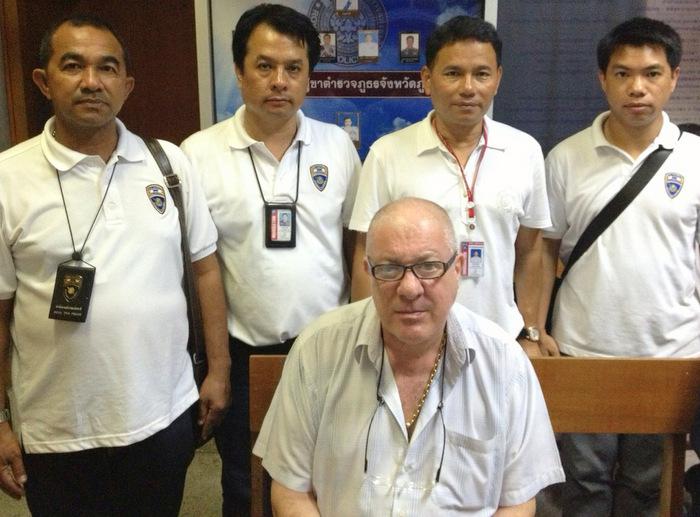 Officers moved in and arrested French national Eric Raymond Seigneurin, 55, at about 9pm after plainclothes police posing as tourists observed him serving tourists at the resort.

Mr Seigneurin presented his passport and the company registration documents for the resort to officers, but could not produce a work permit, explained Phuket Immigration Inspector Tianchai Chompoo.

“In addition to being charged for working without a work permit, Mr Seigneurin was charged for not filing a list of guests currently staying at the resort with Phuket Immigration, which in this case would have included Ms Strizheus,” Lt Col Tianchai said.

Mr Seigneurin was taken to Cherng Talay Police Station to process the charges.

Earlier last night, at about 7pm, immigration officers arrested Ukrainian national Ivan Vivdenko, 26, in Phuket Town on an outstanding warrant for working without a work permit and working illegally as a tour guide.

“We received a tip-off from plainclothes police that Mr Vivdenko was seen walking on Phuket Road,” Col Tianchai said.

“He was wanted on a warrant issued by the Phuket Provincial Court on March 5, so we took him to Chalong Police Station to be processed, as it was the Chalong Police who requested the warrant.”