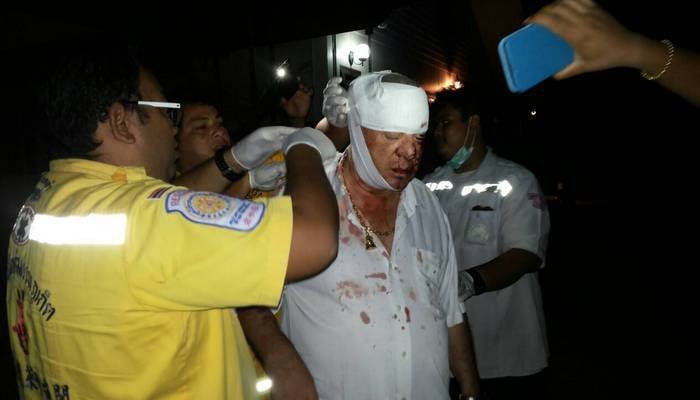 PHUKET: A French businessman was savagely attacked with a hatchet last night after arriving at his home in Cherng Talay yesterday.

Eric Seigneurin, 53, who had just arrived home with his wife from their restaurant business, was attacked as he got out of his car at about 12:15am.

“After Mr Seigneurin got out of his car, a man wearing a black jacket with a hood came out of the bushes at the side of the house and hit him with the hatchet,” said Lt Jirasak Sungwisut of the Cherng Talay Police.

“The man then dropped the weapon and fled into the dark.”

Mr Seigneurin sustained a 4-inch-deep wound to the back side of his head and was taken to Thalang Hospital for treatment, after being administered first aid by rescue workers.

“We found no signs of a break-in at Mr Seigneurin’s house, so we are working on the assumption that this attack might be related to his business,” said Lt Jirasak, adding that Mr Seigneurin and his wife also ran a small apartment rental business.

Lt Jirasak said that police would continue their investigations. However, police are waiting for Mr Seigneurin to recover enough to give a statement.