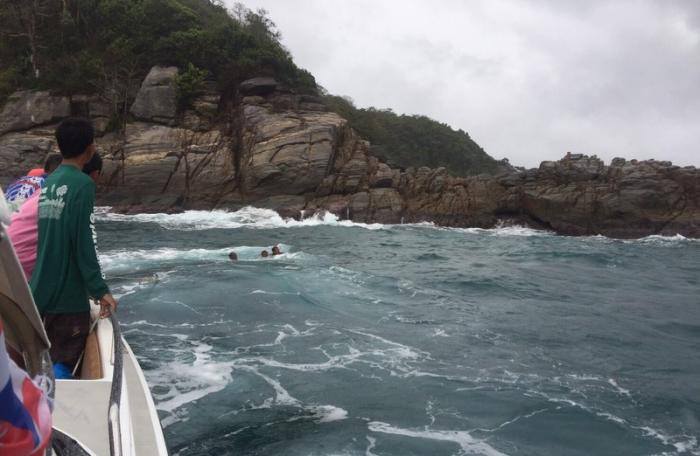 PHUKET: Four people were safely rescued after their boat sank due to strong waves at Koh Racha Noi yesterday morning.

The Thailand Maritime Enforcement Coordinating Center Area 3 (Thai-MECC 3) received reports of the incident about 10:30am yesterday.

“A fishing boat named Thepsiri, whose owner was named as Sirisak Seethep, left the shore last week with four crew members on board. They were on their way back to shore when the boat encountered 3-4 meter high waves near Racha Island,” said Natchapong Pradit of the Phuket Marine Office.

“Large waves and heavy rain caused the vessel to sink, so the crew put on life jackets and tried their best to swim to shore. Luckily, another fishing boat named Narongrit was passing by and stopped to help them,” he added.

According to a warning issued by Thai Meteorological Department (TMD) at 11am today, severe weather conditions and possible flash floods in the south are expected to last until tomorrow.