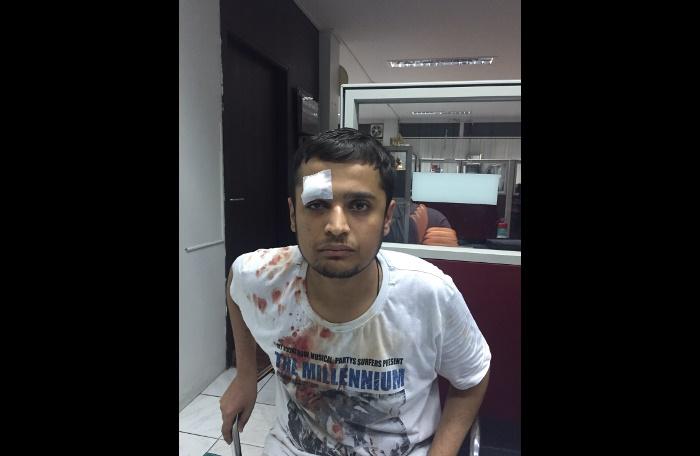 PHUKET: An Indian tourist was injured after a friendly banter with bouncers turned into an argument on Bangla Road on Saturday night.

The tourist, named by police as Rauka Ayush, was punched in the face at least three times and was taken to Patong Hospital before police arrived at the scene.

“We called the bouncers, Sarawut Samroengkit, 23, and Wanchalerm Oattaisong, 24, to the station to meet with Mr Ayush and discuss what happened,” Capt Yingyong Chuoykij of Patong Police told the Phuket Gazette.

“According to their statements and witnesses’ accounts, the three men were enjoying each others’ company when Mr Ayush accidentally got shoved. He lost his temper and started insulting the bouncers, ignoring his brother’s pleas to calm down.”

The fight escalated with Mr Ayush pushing Mr Sarawut, who then punched him and kicked him to the ground.

“After knocking each other about a little more, the men stopped fighting and walked away from each other,” Capt Yingyong added.

All three men were charged with assault and fined 1,000 baht each.