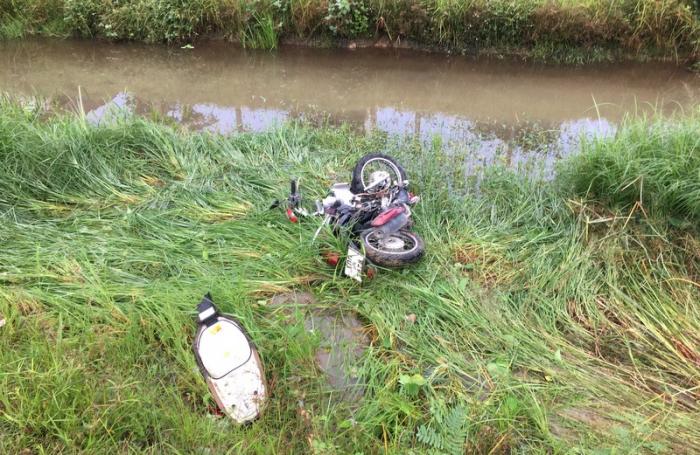 PHUKET: A university student was killed after a taxi, the driver of which reportedly fell asleep at the wheel, crashed into her motorbike in Thalang this morning.

“The incident occurred at about 7:30am on the road between Thalang and Baan Don. The victim, Jiraporn Plotpai, 21, was lying on the side of the road, her face and body covered in blood,” said Lt Sunan Petnhu of Thalang Police.

Ms Jiraporn, a 4th year student at Phuket Rajabhat University, was rushed to Thalang Hospital where she was pronounced dead.

“At the scene, we also found a white Toyota Prius and Honda Scoopy-i motorbike, both damaged. The motorbike had fallen inside a waterway by the side of the road,” said Lt Sunan.

Police questioned the taxi driver, who they named as Anupong Janjang, age 30.

“Mr Anupong told us that he drives the taxi for a hotel in Patong and was on his way back from the airport after dropping off some passengers. He said that he dozed off while driving and was awoken by the impact of the crash,” Lt Sunan said.

Mr Anupong added that shortly before the collision he had parked his car on the side of the road to take a nap and “couldn’t explain why he suddenly dozed off again”.

He was charged with reckless driving causing death and taken to Thalang Police Station for further legal processing.