PHUKET: Four people were injured when a six-wheeler crashed into the side of the road on Patong Hill early this morning.

Rescue workers arrived at the scene a little after 1:30am to find the truck on its side, with the driver and passengers still stuck inside.

“The truck was on it’s way from Patong to Phuket Town and had fallen over on its left side. We helped three of the occupants out, but the fourth one was stuck inside with his lower body trapped under the console,” Anit Jenrope of the Kusoldharm Rescue Foundation told the Phuket Gazette.

“We had to use a hydraulic rescue tool called “Jaws of Life” to get him out, which took about 20 minutes,” he added.

All four were taken to Vachira Phuket Hospital where they are reported to be in satisfactory condition.

As is standard practice in Phuket, officials claim that “heavy rain and slippery roads” actually made it impossible for the driver to brake in time. Therefore, no charges for property damage or reckless driving have been filed.

Similar crashes on the infamous Patong Hill road occur almost weekly and have claimed dozens of lives and caused countless injuries over the years, including a tour bus driver who reportedly “lost control of his vehicle” and was killed in a crash while going downhill with a full load of tourists last year (story here). 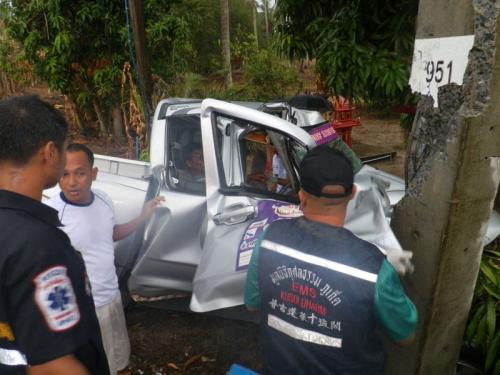 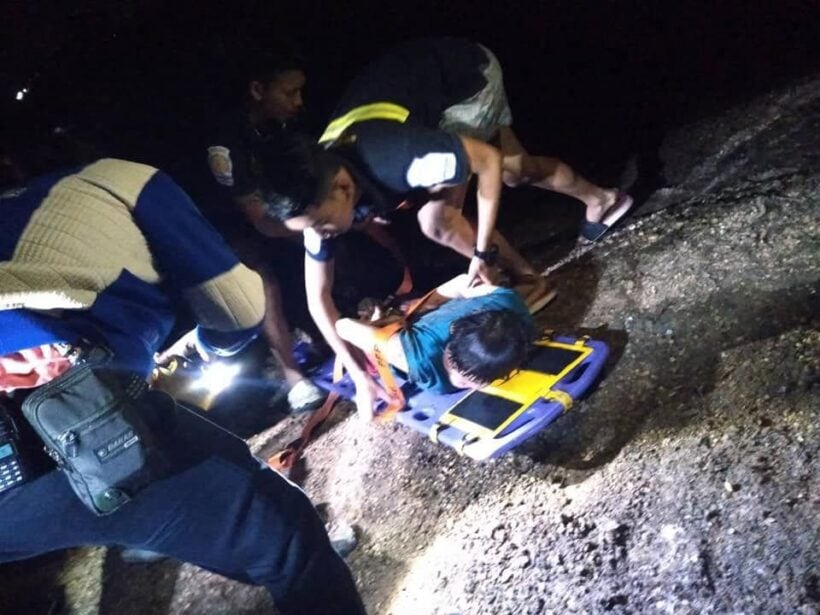 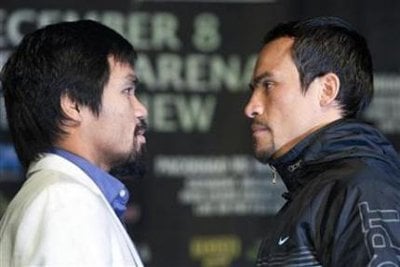 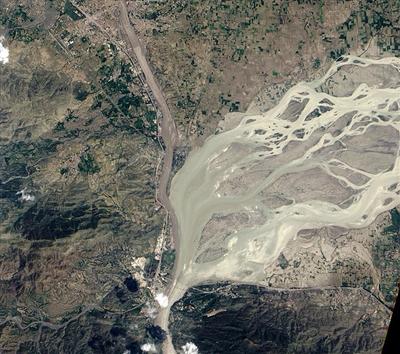