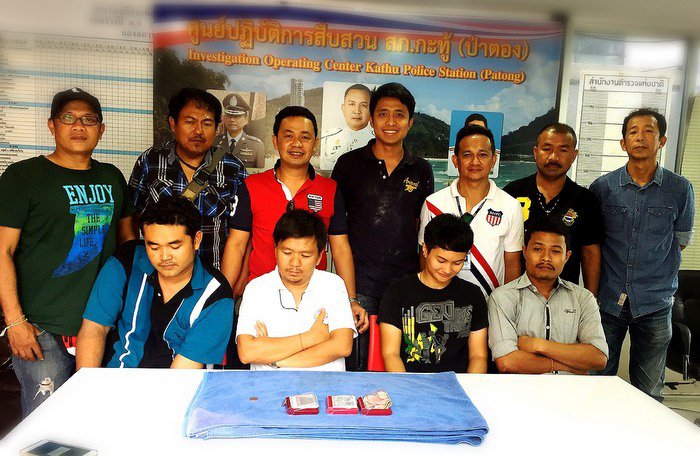 Patong Police jump started an anti-firearm and crime crackdown recently ordered by the Royal Thai Police Headquarters in Bangkok by inspecting three places where they had reason to believe crimes were being committed.

“The time period for this campaign is July 15 through 19,” said Lt Col Sutthichai Thianpho of Patong Police.

“We went to the taxi station and presented ourselves. The suspects tried to escape but we were able to apprehend all of them,” said Col Sutthichai. “They were taken to Patong Police Station, where they were charged for gambling.”

A check on two other locations, a residence on Ratprachanusorn Road and a taxi stand near Patong Municipality Office, yielded no illegal activity.