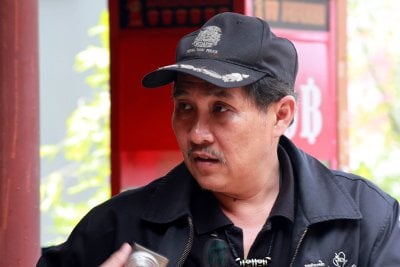 PHUKET: The top forensics police officer in the country yesterday announced it will take 30 days to determine what started the fire that engulfed the Tiger Discotheque last Friday.

Four people died and 11 were injured in the blaze.

Col Nattapol Samsen, the Superintendent of the national Office of Forensic Science, led a team of 10 investigators in collecting evidence at the site, on Phuket’s famed Soi Bangla in Patong.

Joining the team from Bangkok in sifting through the remains of the nightclub were forensics officers from Royal Thai Police Region 8 headquarters in Surat Thani, led by Col Phongnarate Tantivathana, and Phuket Forensic Police chief Lt Col Sirilak Kuntaro.

The officers spent about three hours gathering samples of electrical wires, foam cuttings, pieces of the scorched building itself and other materials.

“The evidence collected will be flown to Bangkok for laboratory tests. It will take 30 days to know what caused the fire,” Col Nattapol told the Phuket Gazette.

The news follows Patong Electricity Chief Atipong Thongyon last Saturday refuting initial reports that the fire was started by lightning striking the transformer that provided the electricity supply to the nightclub.

“If the fire was not caused by transformers blowing up, it is possible it was caused by an electrical short,” Mr Atipong suggested.

An officer with the Patong Police explained to the Gazette yesterday that as the investigation is still ongoing, police have yet to press any charges against the operators of the nightclub.