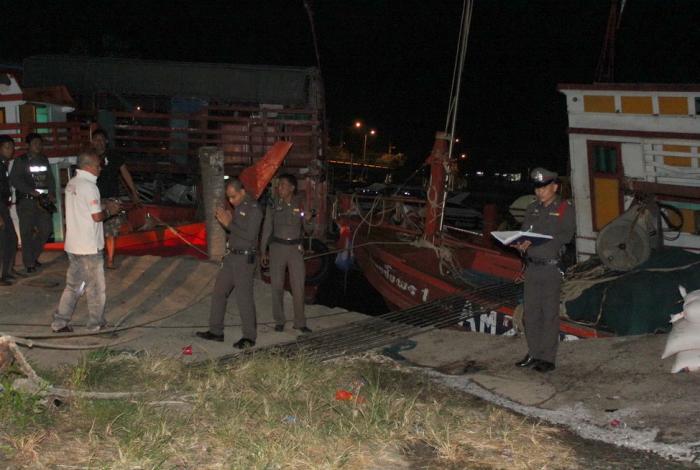 PHUKET: Confusion prevailed at Phuket’s Rassada port when a Burmese man ran amok with a deep knife wound in his back last night.

The 28-year-old man, named only as ‘Mutesui’, was part of a fishing boat crew and was seen running from a boat docked at the pier at about 11:45pm.

“A witness told us that he was walking past the area when he saw Mr Mutesui, with a mouthful of blood, running toward the car park and crying out for help,” Col Komol Osiri from Phuket City Police told Phuket Gazette reporters. “He was bleeding profusely and collapsed near the witness.”

Witnesses contacted the victim’s brother and then called police.

“By the time I arrived at the scene with officers and rescue workers, Mr Mutesui was already dead.”

“Upon searching a boat named Aong Ponchai 1, we found blood on the floor and slippers. We are now looking for the runaway suspect.”