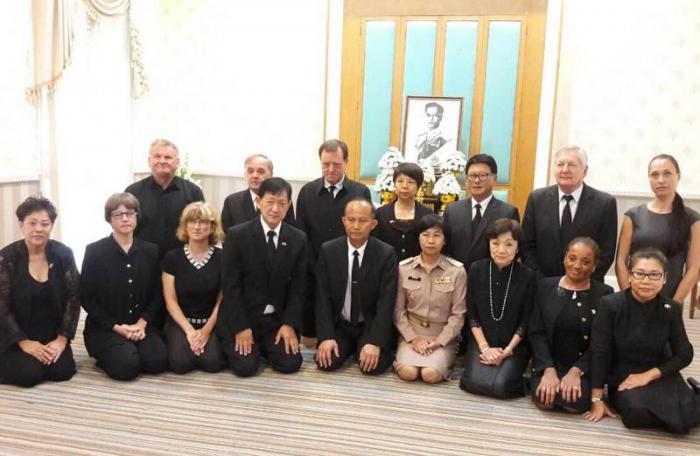 The Consuls, including French, Austrian, Brazilian, English, Chilean, Chinese, Czech, Finnish, German, Irish, Dutch, Russian, Swiss and Danish, were dressed in black to express their sorrow for the passing of His Majesty.

Consul representatives expressed their deep condolences to the Thai people and wished them strength and courage during their mourning period.

French man jumps to his death from Patong hotel