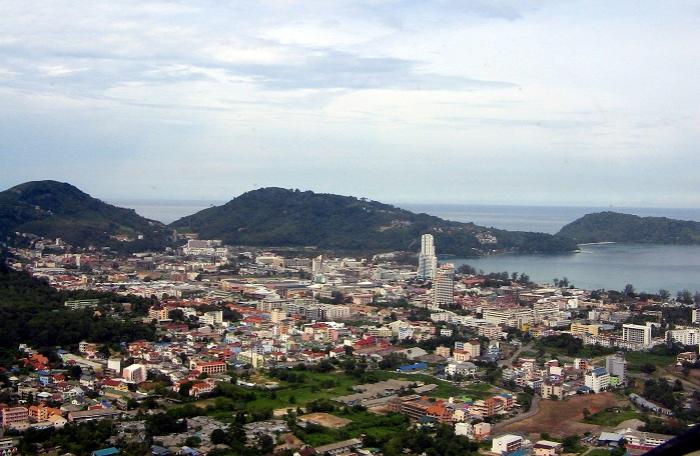 PHUKET: A French man jumped to his death from the 16th floor of a hotel in Patong around 6:30 this morning.

A horrified electrician working on the same floor of the hotel spotted the man as he prepared to jump and unsuccessfully tried to talk him out of it.

Police confirmed that the 47-year-old man was a French national and that he appears to have deliberately jumped from the Andaman Beach Suites hotel.

The Phuket Gazette is withholding the man’s identity until it can be confirmed that his next of kin have been notified.

The electrician, Kittisak Duangniras, 37, used his mobile phone to capture video of the man as he blindfolded himself with a piece of cloth before jumping to his death, landing in the hotel’s car park, police told the Gazette.

Investigations revealed that the deceased had been staying at Saria Mansion, located near the hotel, since September 29.

A search of the man’s room turned up cash, a suitcase and a note with the telephone number of a relative in France. The note also asked for someone to pay for a motorcycle he had rented, said Patong Police Captain Yingyong Chuaykij.

“The deceased appears to have been living alone and acted alone,” said Capt Yingyong.