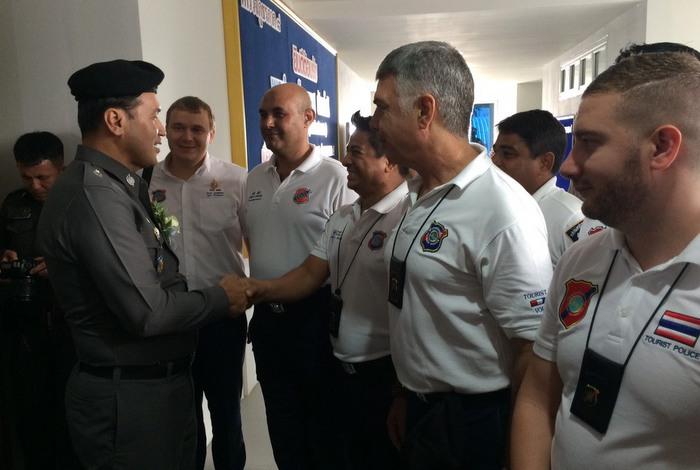 PHUKET: A Foreign Affairs Operation Center was opened at the Region 8 Police Station in Phuket on Tuesday morning, in preparation of the Asean Economic Community starting (AEC) next month.

“Apart from the positive impacts the AEC will have on Thailand, Prime Minister Gen Prayut Chan-o-cha has voiced his concerns with regards to national security issues, such as border disputes, illegal immigration and transnational criminal activity,” said Region 8 Police Commander Tesa Siriwato.

“We will be able to hold video conferences, allowing us to quickly connect to all necessary officials, including those at remote police stations, immigration offices and even overseas embassies.”