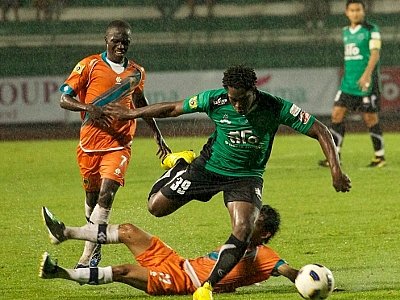 PHUKET: FC Phuket are in Bangkok today to try to record their first road win in Division 1 against last-place RBAC, who have yet to win a home match after 10 attempts.

Phuket’s Southern Sea Kirin will go into the match without defensive stalwart Nene Bi Tra Sylvestre, who must sit out the game due to a one-game penalty suspension.

FC Phuket currently sit in ninth place in the 18-team Division 1. RBAC, who represent Rattana Bundit University in Bangkok’s Bangkapi district, are in last place with just 12 points from 20 games played. They have won two matches so far, both on the road.

FC Phuket won their first encounter 2-0 at a match at Surakul Stadium in March.

After the match FC Phuket will return to the island to prepare for a critical home game on Wednesday: the second leg of their home-away pairing with Phattalung FC in the Toyota League Cup semifinals.

No drama for Phuket pilots in Taiwan