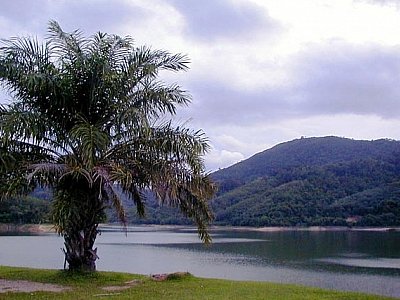 PHUKET: After learning that a young man had been caught on a CCTV camera urinating into the local reservoir, the chief administrator of the Portland, Oregon Water Bureau in the US made a hasty decision last month. He ordered that all 7.8 million gallons be drained out of it.

While Portland is far from Phuket, the controversial move that cost taxpayers there an estimated US$600,000 does raise some important questions about public perceptions regarding the quality of a community’s local water supply.

The Phuket Provincial Administration Organization (OrBorJor) is currently holding a series of public hearings over the proposed development of public parks at costs estimated at up to 500 million baht. The parks are at the two major public reservoirs on the island: Bang Wad Dam in Kathu and the newer Bang Neaw Dum Reservoir in Thalang.

A similar project is also on the drawing board for Kamala.

While the government proposals are certainly well-intentioned, we suggest that its officials consider not only tourism promotion but also the possible effects on water quality – especially since so many of us use that reservoir water to brush our teeth, wash our dishes, bathe ourselves, and even drink.

It must be noted that there is a fundamental difference between the situation in Oregon and the two basins here in Phuket where water treatment takes place after the water leaves the reservoir and before it enters the mains pipeline.

It was this difference that led the Oregon water chief to ask, “Do you want to drink pee?” when confronted by reporters challenging the rationale behind his decision.

As many have pointed out, the concentration of such little urine dissolved in such a large body of water would render any resulting contamination negligible, certainly much less than that of the inputs from wildlife that live in or around it.

The man who started the controversy, and who may be a contender for a world record for embarrassment, told officials that he thought it was a sewage treatment plant.

Unfortunately, far too many officials in Phuket seem to think the same way when it comes to our water supply sources, which is why we see all manner of liquid and solid waste in them, festivals held in them, dead bodies pulled from them, and so on – all with little or no comment.

Current treatment methods in Phuket rely mainly on chlorination, which can be effective against biological agents but does nothing to address a wide variety of inorganic compounds that aren’t even tested for.

Few would argue that it’s not important to keep the water in our reservoirs as pure as possible, and since there are already so many other recreational areas in Phuket we should be seeking ways to better protect our precious watersheds rather than marketing them as a tourist attraction.