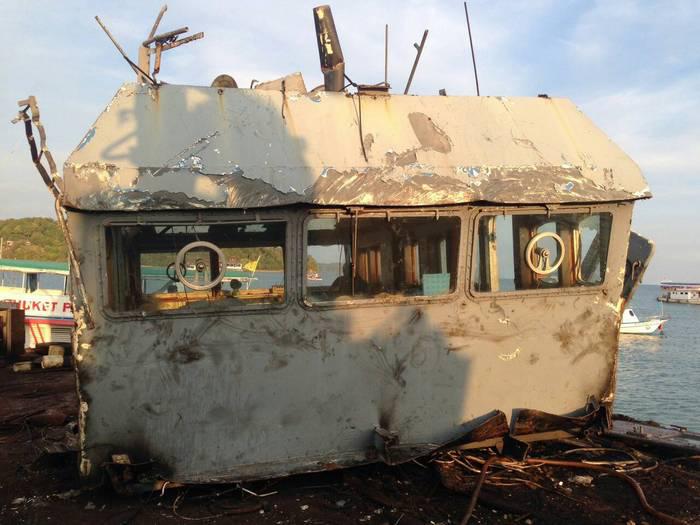 PHUKET: A pump meant to reduce the risk of fire by sucking up old oil short-circuited and burst into flames on a ferry in Ao Por on Tuesday afternoon.

All three men working on the ferry when the flames broke out jumped overboard and were rescued by a nearby boat.

“The ferry was old and the men were cutting up its steel to sell as scrap,” said Lt Col Chatchai Sakdee of the Phuket Marine Police.

Ayana Pathan, a manager of Andaman Service Co Ltd, the company that owns the boat, told police that
the fire started in the pump the workers were using to suck up old oil.

Though the fire, which started at 4pm in the bottom of the boat, produced a lot of smoke, only a small area suffered damage, Col Chatchai said.

“Ms Ayana confirmed that no damages would be claimed,” he added.