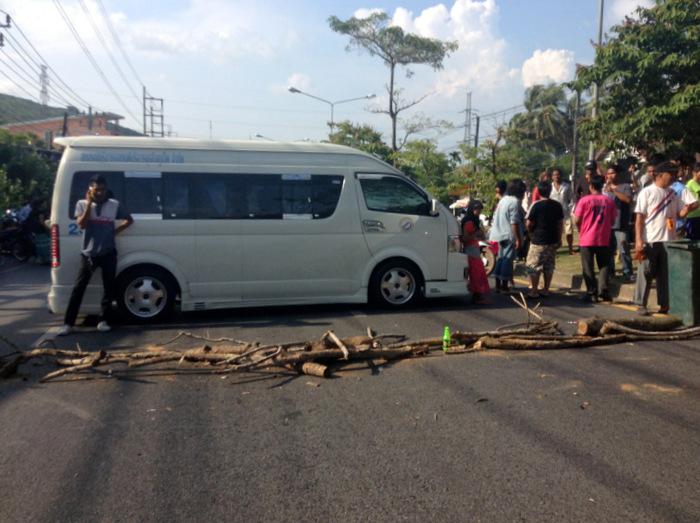 PHUKET: A mob of angry residents this afternoon blockaded Phuket’s critical main artery, Thepkrasattri Road, amid outrage over the twin teenagers who raped a pregnant woman in the area on Sunday night.

The blockade, just north of the turnoff to Phuket International Airport, formed at about 2pm after villagers realized that police would not be bringing the twin brothers to the scene to re-enact their crimes.

The twins, 17, confessed yesterday to the rape, sexual assault, assault and robbery of the 25-year-old woman.

“The suspects face all four charges, including ‘use of a vehicle in a robbery and evasion of police,'” Phuket Provincial Police Deputy Commander Peerayut Karajedee told the Phuket Gazette.

“They claim that they had not originally intended to rape the woman, but had set out to rob her. However, after kicking the bike out from under her, they dragged her into the woods and both raped her,” Col Peerayut said.

The woman told police earlier that she had begged the teens to leave her alone, as she was five months pregnant.

However, the 17-year-olds denied any knowledge of her being pregnant (story here).

Anything to declare? Airport officials asked to target bags of undisclosed cash