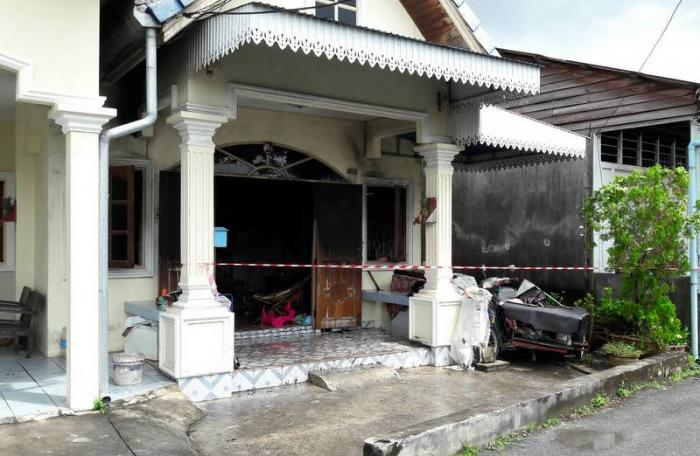 PHUKET: Fire gutted a house in Phuket Town this morning.

Two fire trucks arrived to tackle the blaze after a neighbor spotted smoke billowing from the single-storey house on Kra Road in Talad Yai about 10am.

Firefighters were able to contain the flames before they spread to nearby houses, taking just over 20 minutes to bring the fire under control.

The owner of the property, Suthi Angsithakun, 66, said he went out of the house at 4am, leaving his daughter at home, but she then left the house herself around 8:40am.

On the scene was Phuket City Police chief Santi Prakobpran, who told the Phuket Gazette that most of the items in the house were destroyed in the fire, including a wide-screen TV and home theater system.

The total value of the damage is estimated to be about 200,000 baht, said Maj Santi.

There was no one in the house at the time of the fire and no injuries were reported.

The cause of the fire remains a mystery at this stage, said Maj Santi.