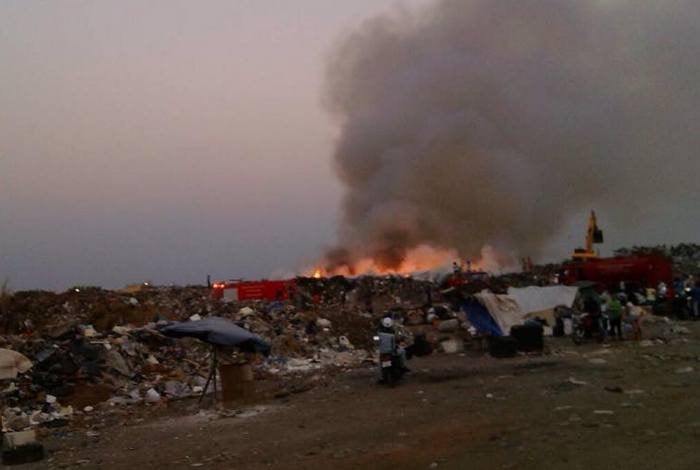 “We are unsure of the cause of the fire, it might have been caused by the hot and dry weather,” said Mr Prachum. “There was no property damage, as we were well prepared and had firetrucks already on standby for such emergencies.”

An official fire warning was passed down from Bangkok to the Department of Disaster Prevention and Mitigation (DDPM) Phuket office last month (story here).

Officers are currently in a meeting to review the incident and to determine whether or not local residents were exposed to any health risks.