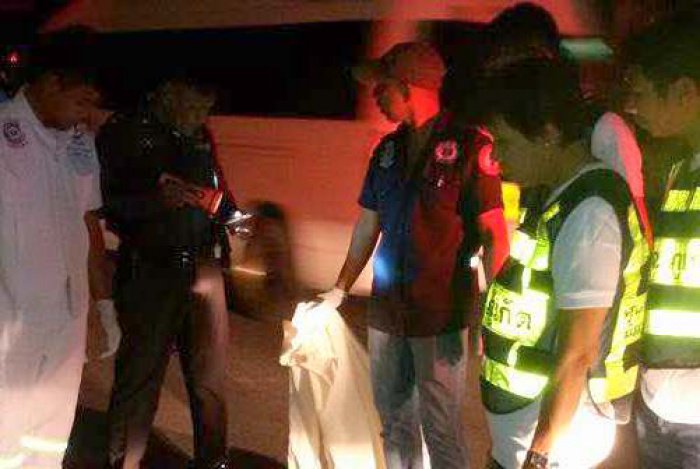 PHUKET: A Finnish man was hit by a car and killed while crossing Patak Road near Chalong Circle early this morning.

A damaged Honda CRV was parked in the road, and the body of a 26-year-old man, named by police as Joonas Hotti, was found nearby when police and rescue workers arrived at the scene.

“The Honda driver was heading from Chalong Circle toward Kata-Karon when Mr Hotti was crossing the road trying to reach Patak Villa, where his friend was staying.

“The driver has been charged with vehicular manslaughter,” Lt Chollada Chokdeesrijun of the Chalong Police told the Phuket Gazette, declining to name the driver.

The Finnish embassy has been informed of the death, confirmed Lt Chollada.