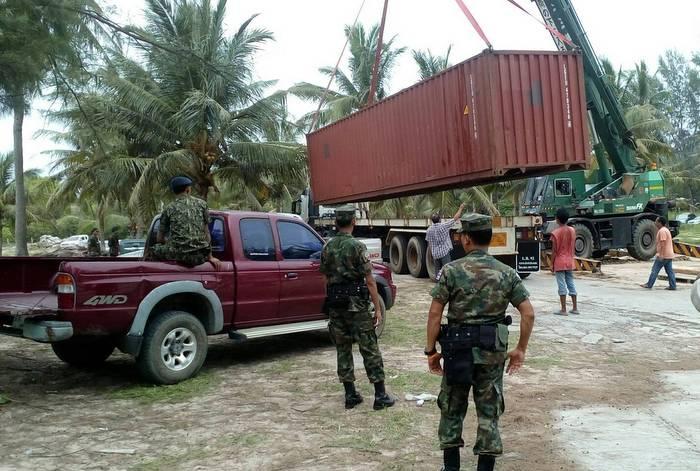 PHUKET: The last of the buildings found to be built on public beachfront land in Phuket were demolished at Lay Pang and Layan beaches on Tuesday.

Ma-Ann Samran, former president of the Cherng Talay Administration Organization (OrBorTor), along with government officials, gathered on the beaches to witness the destruction.

“We had earlier demolished 100 buildings across Lay Pang and Layan beaches,” Mr Ma-Ann told the gathering. “On this beach, business owners filed a motion in administrative court to avoid demolitions, but it has failed.”

Mr Ma-Ann said the land will be converted back into public access beachfront after the NorSorLor land document is approved by the Phuket Land Office.

Chalermpol Thavorn, one of the business owners who filed a motion to stop the government demolitions, said he accepted the court’s decision, but that he believes it’s not fair to allow big hotels to be located in beach areas while banning small local Thai businesses from operating there.