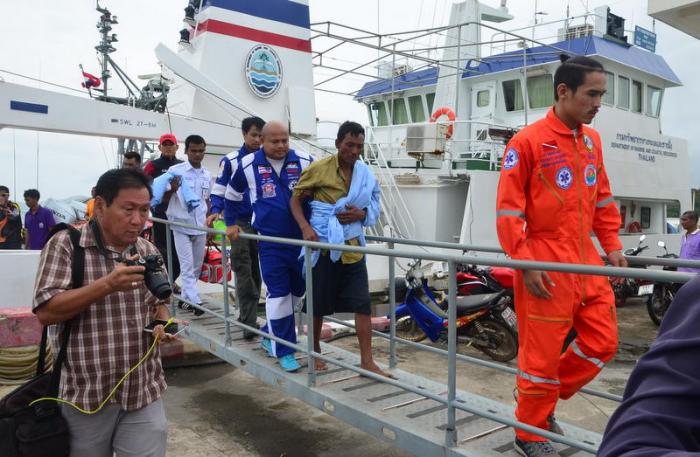 PHUKET: A fishing boat this morning picked up one of six crew members still lost at sea after their vessel sank off the south coast of Phuket yesterday.

Four of the crew – comprising nine Burmese men and their Thai captain – were rescued by the Third Area Naval Command this morning (story here).

The crew member was found floating in the water at 11:55am by the fishing vessel Sor Samut 2, which then ferried the survivor to the Royal Thai Navy ship Tor 933.

He is reported to be safe and able to walk, but exhausted from the ordeal.

The search continues for the five crew members still missing.

Another delay: Samkong Underpass completion pushed to end of August