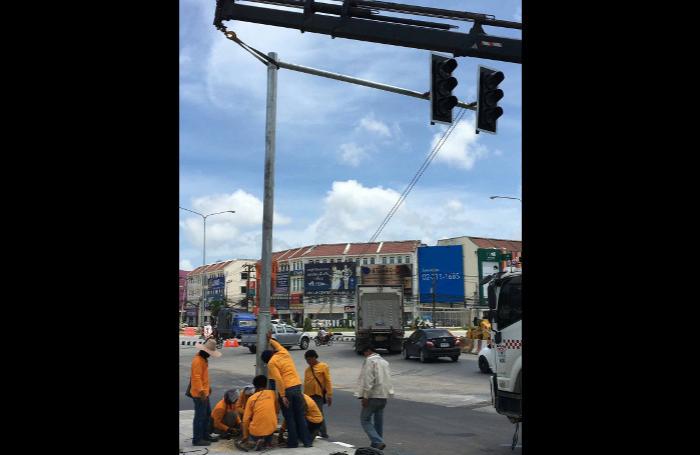 PHUKET: The expected mid-August completion date of the Samkong Underpass has been pushed back yet again, this time until the end of this month.

“The rain has made the process quite slow,” said Chalermpol Wongkiattikun, the project engineer from the Department of Highways. “The underpass is about 90 per cent complete and we expect the entire project to be completed by the end of the month.”

The project was last postponed from July 31 to mid-August, when it was reported to be 83 percent complete (story here).

Starting from January 22 this year, the construction company Wiwat Construction Co Ltd has been fined 2 million baht per day until the project is completed (story here).

In February, the Transport Minister gave the company until April 10 to complete the project and they promised to abide by the deadline. However, the deadline was pushed to the end of June, then July 31 and then mid-August, before this latest delay was announced.

With rain being a routine and predictable occurrence in Phuket, it is not clear why local government officers here would ever mention it as a factor in project delays.