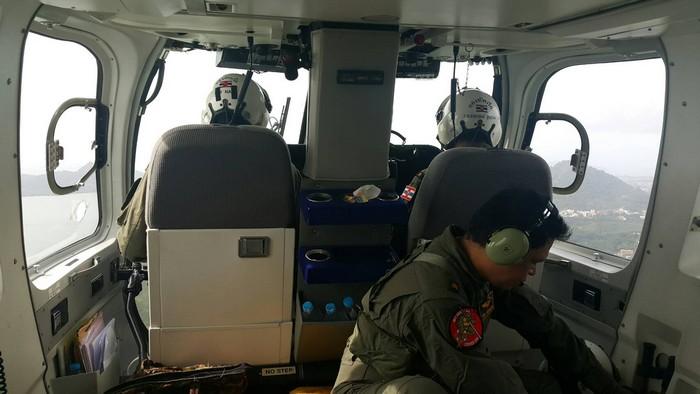 PHUKET: The Royal Thai Navy resumed their search this morning for five fishing boat crew members still missing after their boat sank off southern Phuket in stormy conditions on Sunday.

Four men were found floating in the sea on Tuesday, including the stricken vessel’s captain, who was later pronounced dead (story here).

A fifth crew member was rescued by a fishing boat yesterday while the Navy continued an air-sea search (story here).

However, the search was temporarily called off yesterday afternoon due to severe weather conditions, and was resumed today at first light.

“Search efforts are now focused on an area where we would expect the currents to have taken the missing men, rescue team commander Wirapong Jenjaruscheewakul of the Third Naval Area Command told the Gazette this morning.

“We hope to find the men alive. They were all wearing life jackets, we have been told,” he added.