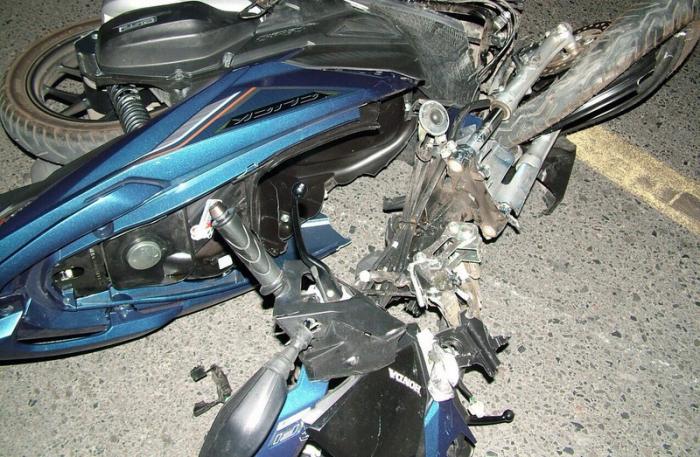 PHUKET: A motorcyclist died after a collision with a car driven by a Russian man who may have simply forgotten which side of the road he was supposed to be driving on.

The accident occurred on Saiyuan Road in Rawai at 11:45pm on Thursday night.

Russian national Ruslan Gainutdinov, 37, who had arrived in Phuket just three days before the accident, was reportedly driving a Toyota Yaris on the right-hand side of the road, when he collided with motorcyclist Narong Jarut, 44, who was travelling in the opposite direction.

Mr Narong suffered head injuries in the collision and was unconscious when medics arrived on the scene. He died at Vachira Phuket Hospital at 10:00am on Friday.

“Mr Gainutdinov was given a breathalyzer test, but the results were negative. However, we are still waiting for blood test results,” reported Lt Chanat Hongsittichaikul of the Chalong Police.

The front left wing of the Yaris was damaged, but Mr Gainutdinov was not injured in the collision.

The death of Mr Narong marks the second fatality officially recorded in the province during the Songkran ‘seven days of danger’.

The first fatality was Swedish motorcyclist Johnny Daniel Soederstroem, 41, who lost control of his bike while riding across Thepkrasattri Bridge on Thursday evening (story here).

Meanwhile, Phuket police continue to crack down on driving offences in the province and have so far charged 6,552 motorists with various offences; predominantly motorcycle riders not wearing helmets.

The latest statistics issued by the Department of Disaster Prevention and Mitigation (DDPM) Phuket Office for traffic offenses during the first five days of the campaign are as follows: