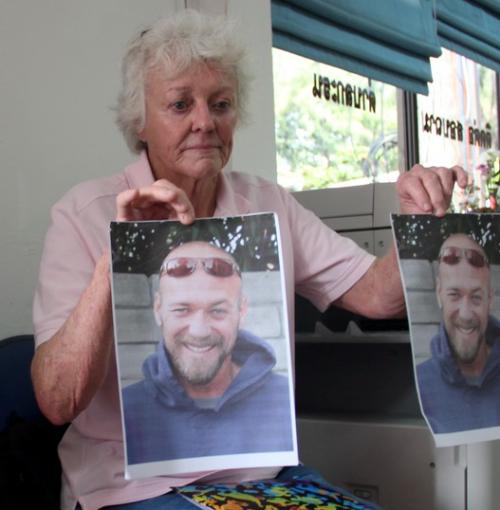 PHUKET: Based on CCTV footage the family of missing American Brett Bean have identified the man using Brett’s ATM card on November 23 as Brett.

“My husband, my daughter and I all thought that the video on the 23rd was Brett. None of us are sure of the other videos. We are actively working on those videos, so that we can be sure,” Brett’s mother, Lynne Bean, told the Phuket Gazette.

Mrs Bean led a flier posting campaign around the island yesterday in hopes that someone might recognize Brett’s face and come forward with information concerning his whereabouts.

Immediately after arriving on the island earlier this month, Mrs Bean offered a 50,000-baht reward for finding her son.

“At the end of the day I honestly cannot be totally positive [about the other videos], but do see ‘something’,” Brett’s father, Wayne Bean told the Gazette.

Brett was last seen by a neighbor in Karon, on Phuket’s southwest coast, on November 25.

Mr Bean had booked a seat on board flight FD3012, which was scheduled to depart Phuket at 9:30pm on November 27 and arrive at Don Mueang Airport in Bangkok later that night.

He had a flight the next morning to Los Angeles.

“I don’t even want to speculate why he is still in Thailand if indeed he is still there. He has everything going for him over here and turning his back on it makes absolutely no sense at all,” Mr Bean told the Gazette.