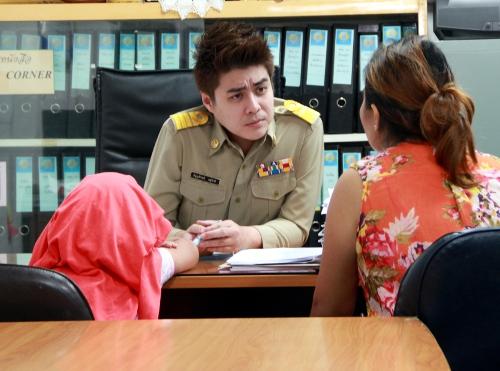 PHUKET: The Phuket Public Prosecutor will present charges on December 21 against a man who allegedly raped a 9-year-old girl in Mai Khao on October 7.

“This is a grave and serious case. We have no choice but to charge him to the full extent of the law,” Public Prosecutor Atikun Puangprom told the Phuket Gazette yesterday.

The lead investigator of the case, Lt Col Rassada Kluengwong, confirmed to the Gazette that the rape test results from Bangkok, as well as the police report were handed over to Mr Atikun.

“The whole case is now in the prosecutor’s hands,” Col Rassada said.

Col Rassada decline to reveal the results of the rape test, but said police had charged the man the day the report was made by the child’s mother.

“Once we arrested the suspect and filed the charge against him, we transferred him to Phuket Provincial Court,” he said. “The mother and the victim were questioned by the Public Prosecutor, which means the initial legal steps have been completed.”

Col Rassada confirmed that the suspect was free on court bail.

“I am not sure how much the suspect posted for bail, but I heard it was about 300,000 baht. The option for bail was granted by the court,” he explained.

“I had no part in that decision,” he added.