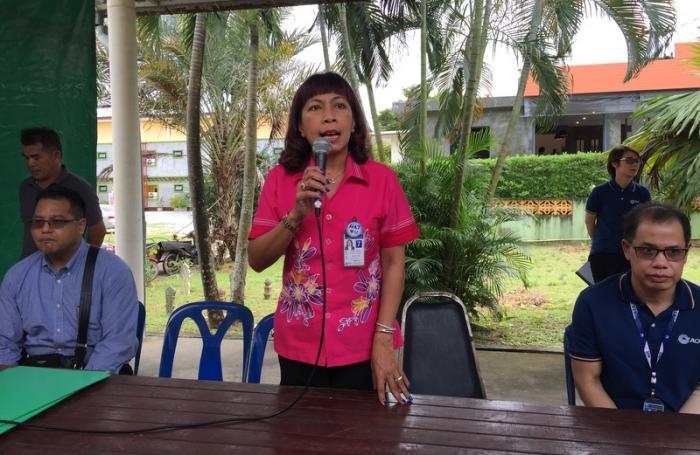 PHUKET: Representatives of more than 400 families in Baan Mak Prok gathered at Nurool Ebadeyah Mosque to meet with airport officials on Tuesday, to discuss how the budget for noise reduction will be used.

“The noise from the airport has been affecting our health, particularly our hearing, for several years, and we have lodged several complaints already,” said village headman Boonpaisarn Boonsob.

Airport Director Monrudee Gettuphan and her team were also present at the meeting.

“First of all, please understand that the budget only covers those who have already constructed their houses in the area, and that construction has to have been finished before 2010,” said Ms Monrudee.

“There are different types of compensation. Those who live in ‘high risk’ areas, that is, areas where the noise levels are above 40 decibels, can choose between selling the land or getting the money to improve their property.

“Those who live in 30-40db areas will only receive money to improve their houses. If you have a chanote for the land, you can submit your request for funds immediately. Our teams will come to inspect and will try to have everything processed by October,” said Ms Monrudee.

Those who have land ownership documents other than chanotes have to wait for another meeting to be held on October 3.

After listening to the suggestions, about half of the 100 families from the high risk area Baan Mak Prok decided to sell their houses and land.

While there was general agreement on the suggestions, some families complained that the process was very slow, while others said that it was unfair to prioritize chanotes. Yet others suggested that officials should also offer to buy land without any construction on it.

Same-same but different at new terminal