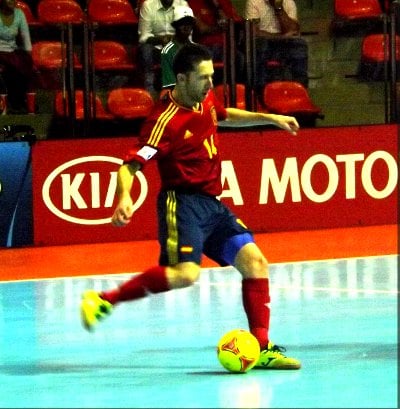 PHUKET: Hosts of the FIFA Futsal World Cup 2012, Thailand, have reached a new benchmark by advancing to the second round of the prestigious tournament – for the first time in four appearances.

A shock win by the Solomon Islands over Guatemala on the final day of the World Cup’s group stage proved to be a blessing for Thailand, who subsequently advanced as result.

As Groups E and F concluded play on Friday night in Bangkok, Thailand monitored closely , since they were depending on at least one of four scenarios to advance as one of four of the best third placed teams.

And while it seemed like Serbia beating the Czech Republic was the most reliable bet, few guessed that a victory by the Solomon Islands, who had a negative goal difference of 27 in their previous two losses, would turn out to be Thailand’s advancing ticket.

The party may just have to be short lived, however, as Thailand’s opponents in the round of 16 are Spain, the world’s top ranked side.

To be broadcast live on cable TV channel, T-Sport, the match will be played at Bangkok’s Nimibutr Stadium this evening with a 6:30pm kickoff.

This will not be the first meeting between the two sides, who have played each other in four friendly matches in recent months.

While the current European champions and world number 1 had a clean sheet in three of those matches with a combined scoreline of 18-0, the two sides’ most recent encounter in late August saw a much-improved Thailand maintain some dignity with a 4-6 loss.

In addition to the Thailand-Spain match, there will be three other second round knock-out matches to be played this evening as follows:

Four second round, knock-out matches to be played on Monday are:

The winner of Thailand vs Spain will meet the winner of Russia vs Czech Republic in the quarter finals on November 14.

Phuket Poll: Should Phuket fight for the right to party?