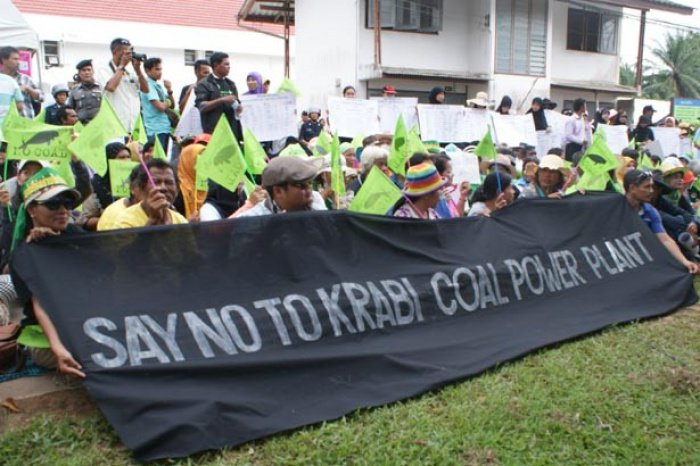 KRABI: Electricity Generating (Egco) is well positioned to take part in the bidding for new power plants if the government’s coal-fired power projects fail to get off the ground, says its outgoing president.

Sahust Pratuknukul said that if the Electricity Generating Authority of Thailand (Egat) was unable to proceed with its Krabi and Thepha coal-fired projects in the South, Egco had power plants that could easily expand to fill the supply gap. These include the BLCP coal-fired power station in Rayong, in which Egco has a 50-per-cent stake, and its wholly owned Rayong and Khanom gas-fired plants.

Mr Sahust, who will retire next week, said Egco’s future growth had been assured by seven new power projects it will construct and develop over the next five years. Thanks to the nature of its industry with power purchase contracts signed for long-term periods, Egco has little market risk, even with the current economic fluctuations.

Mr Sahust said his successor, Chanin Chaonirattisai, only had to make sure these seven committed projects come up as planned.

“But he could also find more projects to accelerate the growth. I believe he could find the eighth and the ninth projects,” he said.

Mr Chanin was previously at Egat as deputy governor for policy and planning and head of the power system control center that supervises power purchase agreements with private power producers, Mr Sahust said.

According to a stock research note issued by KK Trade Securities on August 26, Egco’s expansion plan is the most outstanding and clearest among its peers. The stock brokerage house forecasts that Egco will grow its profit by an average of 8 per cent per year during the next five years (2015-2019). Egco’s power plants’ capacity is poised to increase to 5,488 megawatts by 2020, up 25 per cent from the present.

Mr Sahust said the government could revise its power development plan (PDP) next year if the economy improves and renewable power projects that constitute a large share of the current PDP do not come up as expected.

“There are enormous amounts of renewable power in the PDP, and there remains a high uncertainty whether they could really take off. If that is the case, there will be a power-supply gap to fill in the next seven or eight years,” he said.

BLCP has started the Environmental Health Impact Assessment (EHIA) process and is studying the investment structure for its 1,000MW expansion project, which could be implemented soon if the government decides to issue a new bidding round for independent power producers (IPPs), he said.

Egco is expected to book a similar profit this year as last year, excluding some possible upside gains. The company is exploring new investment opportunities in various countries including Myanmar, Laos, the Philippines, Indonesia, and Papua New Guinea,

Egco is the first IPP in Thailand. Listed on the Stock Exchange of Thailand, it is owned 25.41 per cent by Egat.

A Decade Ago: AA saves families, lives – test yourself