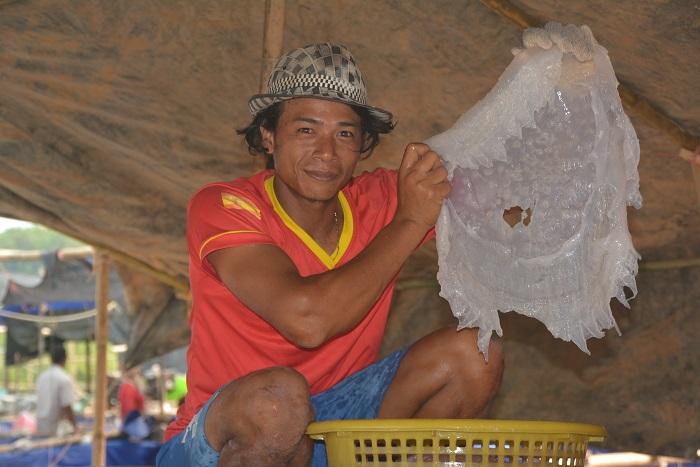 KRABI: Fishermen in Krabi are earning extra cash by putting jellyfish on the menus in restaurants around the region.

About 100 fishermen in Krabi’s Nhongtalay sub-district are cashing in on the unusual marine menu item, which is edible and does not sting, selling the ‘Lodchong’ jellyfish for up to seven baht apiece.

Local council member Udon Bootlhee said the Lodchong jellyfish appear in the waters surrounding six Andaman provinces for about three months each year, usually between March and May, but that this year the jellyfish have arrived earlier than usual.

“So far this year, the jellyfish have generated about a million baht for locals,” he said, adding that they are sold on at Mahachai market in Samut Sakhon Province, and prepared for export to be put on menus in countries such as China, Japan and South Korea.