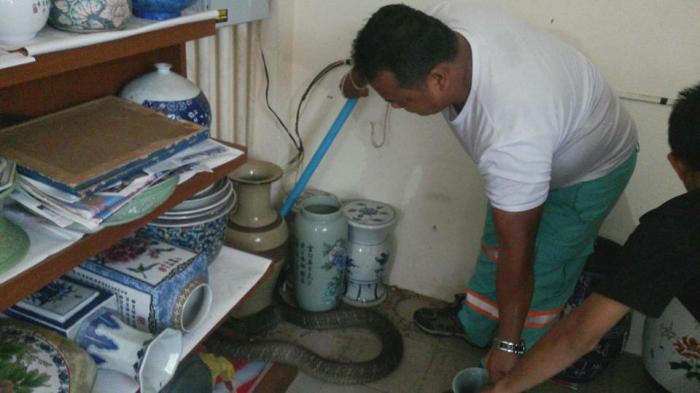 PHUKET: Snake catchers were called out to a house in Chalong yesterday to capture a large adult cobra that had hidden among antique jars in a store room.

“We had to be really careful capturing this one, a female cobra, to make sure we didn’t damage the fragile jars, which were Chinese antiques,” said volunteer snake catcher Sayan Thummapan.

Mr Sayan said the snake was about 3-4 meters long and it was later released in the wild, adding that his team of volunteers from the Ruamjai Foundation have been bagging an average of 2-3 snakes a day in the past two months.