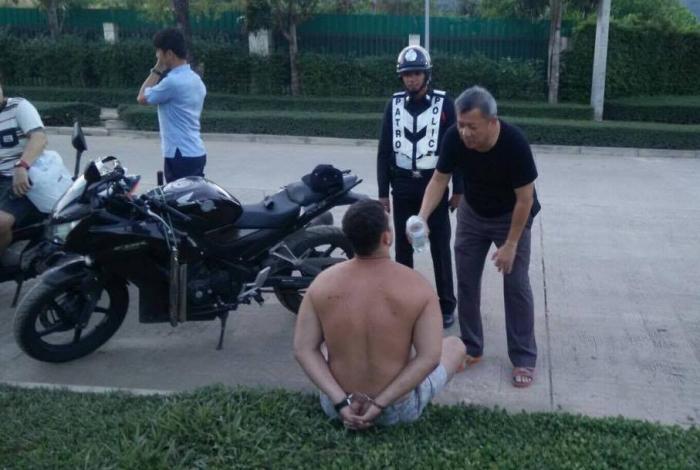 PHUKET: A drunk foreigner ditched his car and ran off into the woods after he smashed into a parked vehicle in Kathu yesterday.

Lance Corporal Prawattinun Fuengfoo of Kathu Police received reports from locals at Bang Thong Village, who claimed that they tried to chase down the intoxicated driver of a white Toyota Vios but could not catch him.

“The car was parked in the soi adjacent to the Patong Go-Kart Speedway, but the suspect was nowhere to be found,” Cpl Prawattinun told the Phuket Gazette. “Witnesses said he was under the influence of alcohol, so I called in backup.”

Officers eventually found the suspect, who had seemingly been lost in the forest.

Police have currently withheld the man’s name. He was charged with reckless driving and drunk driving.