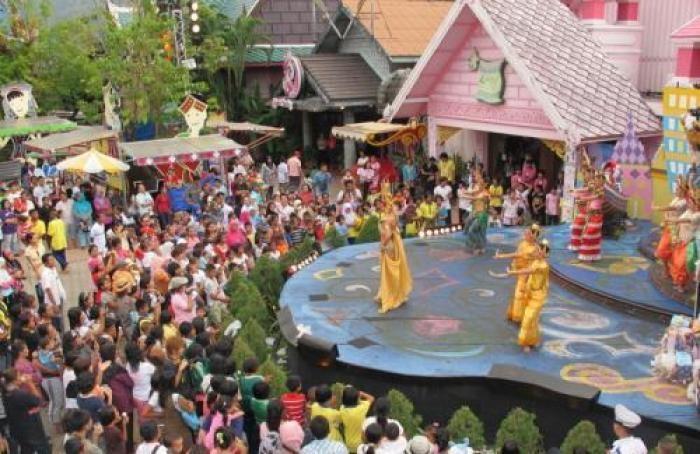 PHUKET: Prepare for the hustle and bustle of a day full of entertainment and fun activities as Phuket celebrates Children’s Day tomorrow.

The first Children’s Day in Thailand was held in 1956, and since then government leaders have annually branded the event with a slogan. Celebrated on the second Saturday of every year, the slogan created by Prime Minister Gen Prayuth Chan-o-cha for this year is ‘Care and education to bring the nation to sustainability’.

Here is a schedule of some of the events taking place tomorrow:

Phuket City Municipality will arrange a forum at Saphan Hin starting at 8am, where children will be given the opportunity to express their ideas. Their will also be performances as well as plenty of food and drinks.

The Royal Thai Navy Third Area Command is inviting children to board the ships Saiburi and Kleang at their base in Ao Makham. They will also have a chance to hop aboard a helicopter and watch a flying show. Activities will be held from 8am-3pm.

The Boat Lagoon is hosting fun activities for children from 10am-2pm at the Boat Arcade playground. Activities include games, tours, stage shows and photo contests.

Laguna Phuket is organizing a morning filled with entertainment and educational activities from 8am-12pm, featuring mini-concerts, puppet shows, photo booths, a merry-go-round and a magic show, among others.

The Royal Phuket Marina is organizing ‘Kids Mania’ from 2pm-6pm, featuring fun and games for children, while parents can enjoy a BBQ and table top sales on the sidelines.

Phuket FantaSea will open its doors from 3-5pm, giving children a chance to explore Kamala Kingdom in celebration of Children’s Day. Also on offer are several exciting games, gifts and educational activities.

British couple say they were ‘raped and robbed’ in Phuket

Drunk foreigner hits parked car and runs off into the woods