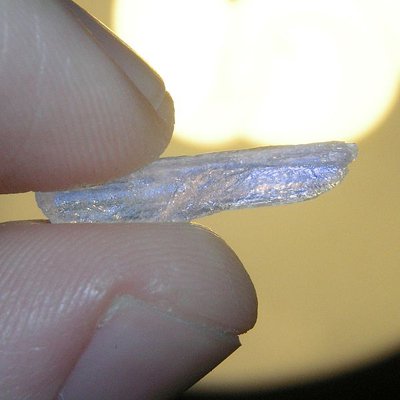 PHUKET: Reports that a “new kind” of methamphetamine was recovered in a Phuket drug bust last week were false, according to arresting officers in Thalang.

The announcement of the possibility of a new drug was made as a result of a drug seizure on June 19, when 42-year-old Prasert Sawaengsub was arrested during a drug bust in Pa Khlock.

A search of Mr Prasert revealed over 300 ya bah (metamphetamine) pills, just over two grams of which were thought to be a new form of the category 1 drug, but which has now been confirmed as ya ice. Mr Prasert was subsequently charged with possession with intent to sell.

“The substance we seized from him is simply ya ice. Its crystals are just in varying sizes. I can confirm that it is not a new form of drug,” Col Pisit said.

Following the police investigation Mr Prasert was placed in a cell at Phuket Provincial Court.

“I do not know whether he is out on bail or not,” added Col Pisit.

Disturbing reports from the US recently have pointed to a new form of stimulant drug sold legally as “bath salts” in that country. Dealers change the chemical formula slightly from methamphetamine in order to sell them legally at “head shops”.

Addiction specialist Dr Drew Pinsky recently said on the Adam Carolla podcast that the lack of testing and quality control of the drugs made them a particularly serious public health risk.

Bath salts were recently implicated in the bizarre case of cannibalism in the US state of Florida, where a man attacked and ate most of the face off a homeless man.

However, subsequent testing of the man’s blood failed to confirm what compound, if any, helped spark the attack.