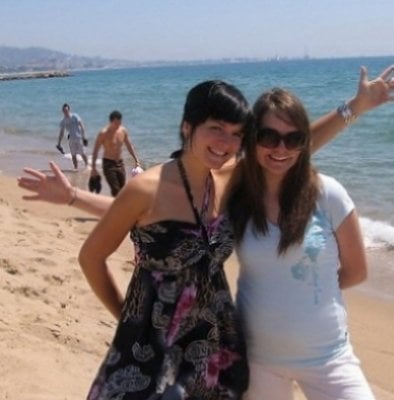 PHUKET: The lack of information publicly released on the deaths of Canadian sisters Audrey and Noemi Belanger on Phi Phi Island last month prompted the sisters’ father, Carl Belanger, to accuse the Thai authorities of covering up the true circumstances of their deaths.

The leading investigators in the case have now refuted the allegation. The Phuket Gazette’s Chaiyot Yongcharoenchai and Orawin Narabal report.

The international media spotlight shone intensely on the deaths of Canadian sisters Audrey and Noemi Belanger on Phi Phi Island last month. Their deaths, by apparent poisoning, were quickly branded as mysterious as local authorities failed to provide the media with quick, convenient and clear identification as to what caused the deaths.

In a decisive move, Krabi Governor Prasit Osathanon named only one police officer, Krabi Provincial Police Commander Jamroon Ruenrom, as the sole official authorized to publicly comment on the case.

Yet, Maj Gen Jamroon handed the responsibility over to one of his deputies: Col Boontawee Toraksa.

Col Boontawee has refuted the allegation. “The official autopsy results have not been released yet. We are continuing to contact the Forensic Institute of Ramathibodi Hospital in Bangkok for the final results. What we had been informed of were just the unofficial results, which do not include all the details,” he told the Gazette.

“They are now conducting in-depth tests to search for any possible cause of death, which will take a long time and I don’t know when the [full] results will be released,” he added.

Col Boontawee explained that, unlike most autopsies requested by police, this time they did not request for any specific tests to be conducted, “We basically asked them to test for everything.”

The unexplained deaths of Audrey, 20, and Noemi, 26, saw questions resurface from similar deaths on Phi Phi Island in 2009.

Norwegian tourist Erik Liuhagen, 48, died on April 1 after being admitted to hospital with severe diarrhea. He had been staying at a beachfront guesthouse, Phi Phi Villa.

A month later, on May 3, 26-year-old American tourists Ryan Kells and Jill St Onge both became ill and were admitted to Krabi Hospital. The pair had been vomiting for some time before going to the hospital. Ms St Onge died later that day. Mr Kells survived the illness.

According to police, the pair were engaged to be married and had been staying at the Laleena Guesthouse, about 1,500 meters from the room where Mr Liuhagen had lodged.

On May 4, Norwegian Julie Michelle Bergheim – who had also been staying at the Laleena guesthouse, in the room adjacent to Ryan Kells’ and Ms St Onge’s room – died after becoming mysteriously ill with severe vomiting. She died in hospital while talking to police, a short time after being admitted.

Extensive tests failed to provide any conclusive evidence as to what those three tourists died of.

“The unexplained deaths of the Norwegian and American tourists in 2009 were good case studies for us. [In the Belanger case] We followed the exact same procedure that we conducted in 2009,” Col Boontawee said.

He also dismissed rumors that no autopsies were conducted in the 2009 deaths.

“We have autopsies conducted in every single case of an unexplained death. Unfortunately, we didn’t find any underlying causes of the deaths in 2009,” he said.

“In the Belanger case, we collected body tissue, stool samples and vomit samples and submitted them to the Institute of Forensic Medicine at the Police General Hospital in Bangkok.

“But then the Canadian Embassy and [senior] police [officers in Bangkok] requested us to have the autopsies conducted by the Forensic Institute at Ramathibodi Hospital in Bangkok, since they have specialists who are able to conduct tests that cannot be done at any other hospital,” he explained.

“I can’t reveal what specific tests they [the Canadian officials] requested, but I can tell you that the autopsy being conducted is to look for every single detail,” he added.

Col Boontawee expressed his disappointment over the foreign media who have reported police action in the Belanger case.

“The Canadian media have exaggerated the situation. We have tried our best in order to determine the cause of death. I can’t say much since it may affect the case, but I can say that we are doing our best,” he said.

“We worked as quickly as we possibly could. As soon as we found out about the deaths, we immediately sent the bodies for medical examination… We are not trying to hide anything from anyone. We also want the facts to come out. We are not specialists in all fields, such as public health or environment. That is why we have so many people from other units involved in the investigation.”

“All we can do now is to wait for the result to come out; then we can continue with our investigation. We didn’t want any of this to happen. I just want everyone to know that we are trying our best and the way we work is transparent,” Col Boontawee concluded.

Dr Pasakorn Akarasewi, Director of the Bureau of Epidemiology at the Ministry of Public Health’s Department of Disease Control, heads the team called in by police to assist in the investigation.

“We went to inspect the area as per the request from the Krabi Police. The Krabi Police said they had experts for dealing with drug cases and murder investigations, but they had no specialists in public health. That’s why we went down there – to offer some help,” he told the Gazette.

“We cannot cite the actual cause of death to police, but we can provide evidence for police to consider in their investigations,” he said.

The public health aspect of the investigation focuses on possible food poisoning, contaminated water or any communicable disease that may have spread on Phi Phi, Dr Pasakorn explained.

“After collecting samples of nearly everything, we came back [to Bangkok] and had those samples examined in the lab. We found nothing unusual in any of the samples we analyzed,” he said.

Dr Pasakorn was also involved in the investigation into the unexplained deaths on Phi Phi in 2009.

“We sent our team from the Bureau of Epidemiology to collect samples just as we did with the Canadian sisters’ case, but the circumstances behind those deaths were considerably different from those in this latest case,” he said.

“In 2009, we received a request from Krabi Police to assist their investigation. They said they suspected that the cause of death may have been food poisoning. But the test results weren’t what they expected, and the police were unable to determine the cause of death,” he explained.

“When we went down to Phi Phi again this year, we also wondered why such apparently similar incidents had happened repeatedly on the same island again. But the results from tests in this latest incident have revealed no connection with public health aspects to the deaths of the two Canadian sisters,” he added.

Dr Passakorn noted that the four deaths at the now-demolished Downtown Inn in Chiang Mai also faltered on the public health front.

“We believe the deaths may have been from the same cause, but we were unable to determine what that cause was,” he said.

As for the Belanger case, he said, “The autopsy results from Forensic Institute of Ram

Phuket Live Wire: Scratch that, CAT is back

Drugs seized in Phuket revealed to be “normal” crystal meth