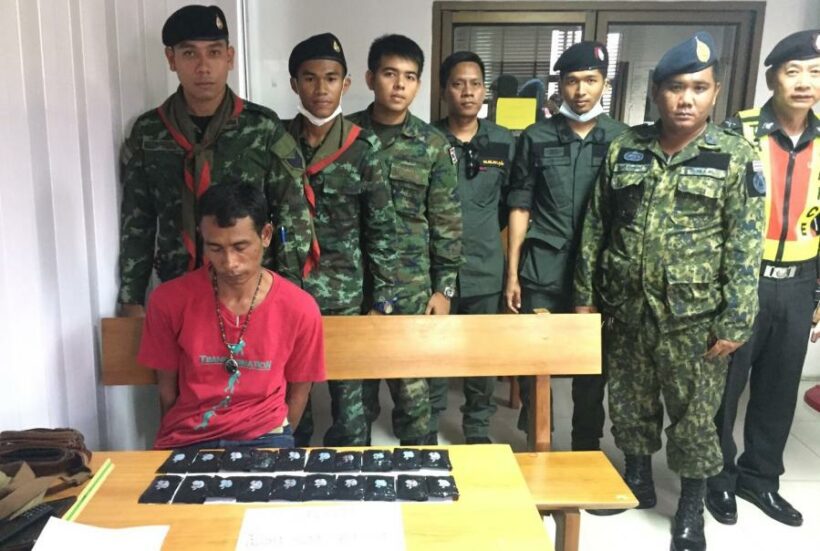 “Mr Anan was traveling by bus from Nakhon Sri Thammarat and looked suspicious to us during a routine check,” the colonel told Phuket Gazette reporters.

About 4,000 pills in 20 packets were found in his possession.

“The suspect told us that he picked up the drugs from an unidentified man in Nakhon Sri Thammarat and was instructed to drop them off in a trash can near the Heroine’s Monument. He was promised 15,000 baht to complete the transaction,” said col Tawach.

Mr Anan was charged with possession of a category 1 drug with intent to sell.

Similar cases have recently become a regular occurrence as police crack down on drugs. One suspect was arrested a month ago with about 1.2 million baht’s worth of drugs (story here), while two men arrested for possession escaped police custody en route to the station on Thursday (story here).