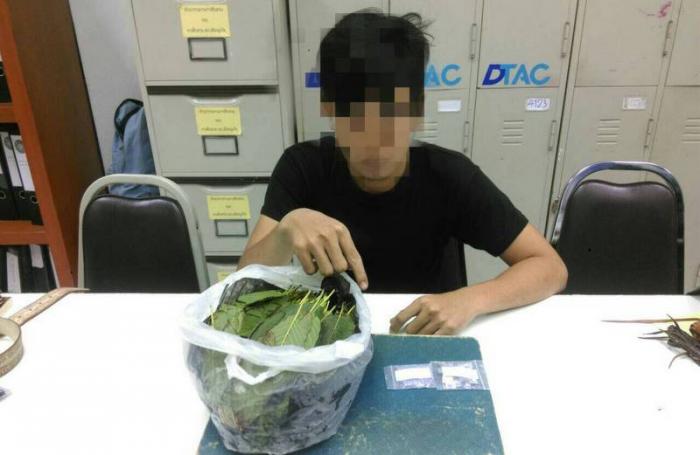 Police captured Krittanai Maneechote, 20, as he was leaving his rented apartment in Rassada.

“The suspect fit the description of the man who held up the staff at knife point, forcing them to hand over 5,000 baht in cash, four packets of cigarettes and a bottle of alcohol,” said Provincial Police Deputy Commander Peerayuth Karajedee.

Police used CCTV footage from cameras in the area to track down the suspect, who used a blue and white Honda Wave motorbike to make his escape after the robbery.

When police arrested Mr Krittanai, they found him with 760 grams of fresh kratom leaves and 64 Alprazolam pills. The leaves and pills can be mixed to create a street-drug style cocktail.

Police found the knife used in the robbery during a search of Mr Krittanai’s apartment. The suspect confessed to the robbery and admitted that he used the stolen money to feed his drug addiction.

Mr Krittanai was charged for theft and illegal possession of Category 2 and Category 5 drugs.