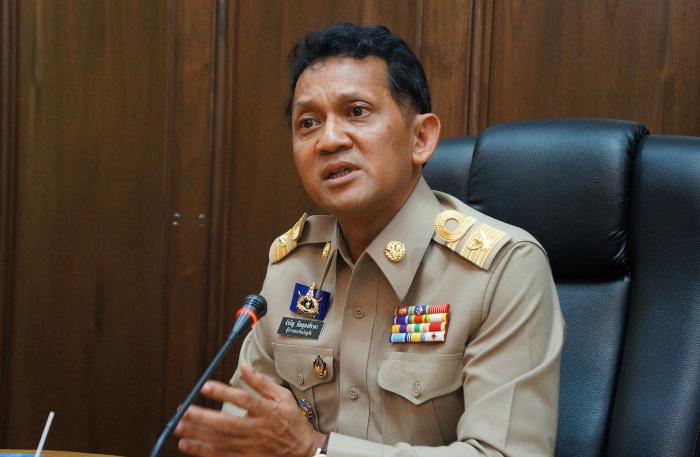 “They will face at least a charge of violating the Computer Crimes Act if the information is not true,” Governor Chamroen said. “They may also face additional charges for inciting destabilization, if their message has a negative impact on government policies or management.”

The governor cited rumors on social media about the recent demolition of Surin Beach structures as the impetus behind his threats.

“There was a rumor on social media that a group of officials came to tell the vendors to stay put, as there would be no demolition. That was not true at all,” Gov Chamroen said. “It happened again [concerning the demolitions] in Lay Pang and Layan.”

The threat comes after the April 27 announcement by the National Council for Peace and Order (NCPO) Spokesman Col Winthai Suvari, that the NCPO had arrested ten civilians under the provision of Article 44 of the interim charter.

Amnesty International condemned the arrests, issuing a statement that said the civilians were detained after they commented on the draft of a new constitution the NCPO is seeking to impose. Col Winthai said two arrests were made in Khon Kaen and eight in Bangkok. No charges have been raised against the ten suspects yet.

In February, Gov Chamroen ordered an investigation into a Facebook user who accused him of taking sides in the ongoing land dispute between the Rawai sea gypsy community and the developer, Baron World Trade Co Ltd (story here).

“Rumors like that can shake up the stability of government control,” Gov Chamroen said. “Please beware before sharing information or news online. Just one [false] story can have massive consequences for the whole country.”